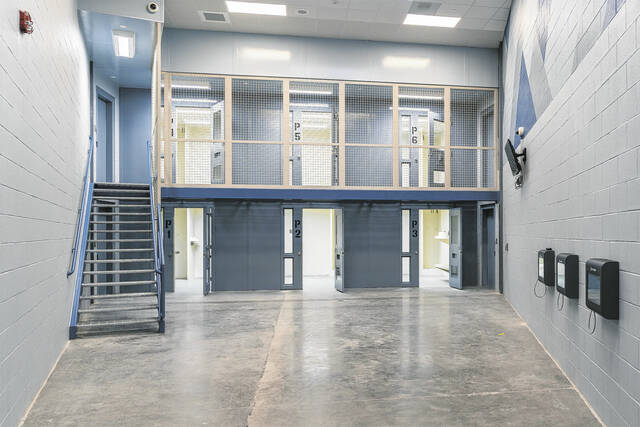 The multi-million dollar Johnson County Jail expansion is complete, but the work doesn’t end there.

Now that the main project is complete, officials have discovered that they still have money left in the prison’s local income tax fund that could be used to help with other necessary renovations to the prison. prison, while respecting the original agreement. The 20-year tax, which went into effect in October 2019, increased local income tax from 1% to 1.2% and has an impact on all workers who live in Johnson County, which whatever county they work in.

The additional funds for the LIT prison were intended as a contingency in case the costs of the project were higher than expected, said Kevin Walls, county commissioner.

The authorities now want to renovate parts of the prison that have not been touched since the 1970s and 1980s. The main objective of the work is to replace the pipes, as well as to modernize the electrical and lighting systems in the parts. the oldest in the prison, Walls said.

â€œIt’s like a steroid maintenance contract,â€ he said. â€œIt’s going to renovate a lot of things in there that are just worn out. “

Greenwood-based Sexson Mechanical won the $ 285,500 renovation contract on Monday. The project is expected to be completed by May 2022, according to county documents.

The $ 23.1 million global prison project to add 264 more beds, a new admission area, an expanded medical center and more was completed this fall. The project was also several thousand dollars under budget.

The addition of the Johnson County Justice Center was necessary due to the prison’s chronic overcrowding, which county officials, including several sheriffs, have grappled with for years. The prison was built in 1977.

As the county’s population grew, so did crime. The county had to renovate and restructure parts of the prison in response to a 1997 federal lawsuit. After the trial, the prison was renovated and a new wing was added, bringing the prison’s capacity to 299 against. 104 in 2002.

More beds were added in 2012, after an Indiana Corrections inspector found room for 23 more bunk beds at the behest of Sheriff Duane Burgess, who was then the prison commanding officer, and the then Sheriff Doug Cox.

Still, the 322-bed facility was often overcrowded with up to 459 people incarcerated. In 2018, the state forced the county to take action.

The prison’s new 586-bed capacity will support the county’s average prison population and leave room for more. The new beds are in a new wing to the west of the existing prison, connected by a walkway. The addition includes approximately 74 additional cells over two floors. In the new wing there is also a rest room for prison officers, several offices, padded cells and classrooms for classes and support groups.

Several other renovation projects were also completed in the old wing, including additional stopping bays for arrest officers, more office space for MPs to complete their reports, a streamlined admission area , an expanded medical center, a larger commissioner and several virtual courtrooms.