I favor the rise in this market, as I do with most stock indexes, simply because they are designed to rise over the long term.

The Parisian CAC 40 index first broke through the € 7,000 level on Wednesday, but then gave up its gains at the end of the day as we plunged towards the € 6,900 level. This is where the 50-day EMA is and increases. The resulting candlestick for the day is a bit of a shooting star so I’m not sure if the support will hold, at least in the short term. Nonetheless, there should be a lot of support below near the € 6,800 level based on the trendline. It’s also worth noting that we are currently sitting just a step away from about two weeks ago.

On the downside, if we break down a bit, I’ll wait for a daily close which looks a bit favorable. Keep in mind that we are starting to run out of trading weeks and liquidity will cause a number of issues. If the € 6,800 level is broken down then I think we might see a bit more serious correction. However, I don’t see this as a major threat at the moment.

It will be interesting to see how the ACC reacts to the Federal Reserve meeting, as they weren’t as hawkish as people had thought. I think we will likely see this market try to recover during the day, but whether or not it can break through that barrier near the € 7,100 level is a completely different question. I suspect we’re probably going to see a lot of sideways volatility, but that’s probably a good guess as to what’s going to happen with most indices over the next couple of weeks.

This time a year I usually trade a much smaller position size and focus on range linked trading. I favor the rise in this market, as I do with most stock indexes, simply because they are designed to rise over the long term. The overall attitude in this market is one that wants to go higher, but probably needs more volume to really take off on the upside. The € 7,200 level right now appears to be the cap, and I’d be a little surprised to see it breached by the end of the month. 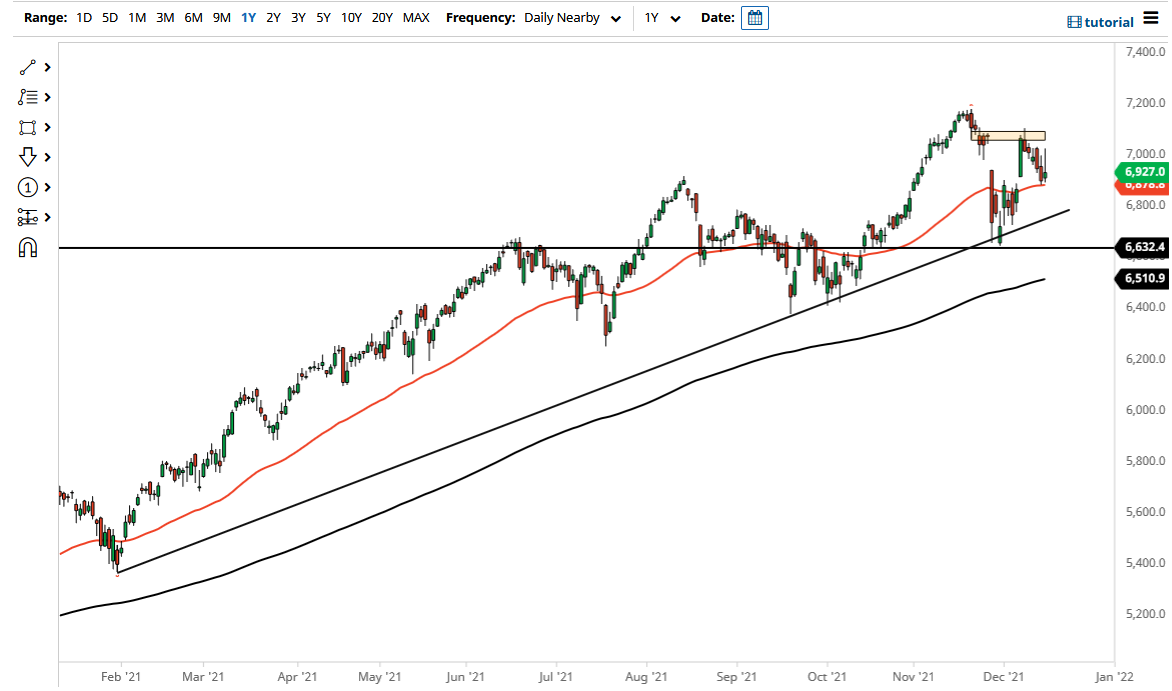