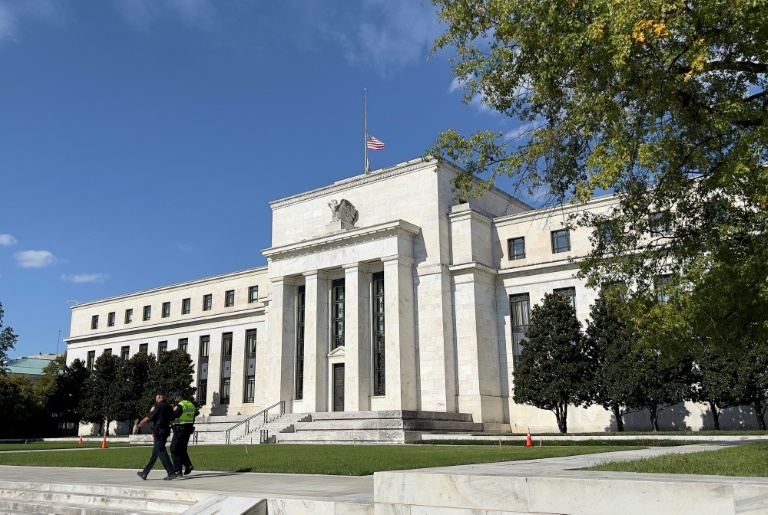 European stock markets faltered on Thursday after a poor day for U.S. tech stocks as investors remained jittery over soaring global inflation and the prospect of higher interest rates.

London’s FTSE 100 fell 0.3% in afternoon trading as shares of drugmaker GlaxoSmithKline fell 2% after consumer goods giant Unilever said it would not lift not its £50bn bid for the consumer healthcare unit owned by GSK and Pfizer.

Unilever shares rose on the news.

The declines in Europe were “another sign of market angst right now that is proving difficult to overcome,” said OANDA analyst Craig Erlam.

New York’s Nasdaq fell into a correction on Wednesday — down more than 10% from its last high — as companies listed in the tech-heavy index are more sensitive to higher borrowing costs.

The Nasdaq opened higher on Thursday, up 0.9% in first trades.

“The key question on investors’ minds will be whether the tech rout is already behind us after a 10% decline,” Erlam said, adding that “stellar” earnings reports wouldn’t be enough.

“The bottom line will be whether we see a pause in market interest rate expectations after weeks of aggressive pricing in further hikes and a balance sheet reduction,” he said.

The inevitable end to the era of ultra-cheap cash — which helped fuel a nearly two-year rally in stocks and an economic rebound — has weighed on global markets for months.

“Recent volatility has been triggered by heightened expectations that the Fed will become more aggressive amid lingering inflationary pressures,” Schwab analysts said in a note.

Investors remain rooted in concerns over the US Federal Reserve’s monetary policy plans as it battles soaring inflation, which has been fueled by a cocktail of rising demand, supply chain issues, rising wages and soaring energy prices.

Speculation is growing now that the bank will have to raise interest rates four times or more this year.

In Asia, indices rose as investors started buying again after recent losses, with Chinese property companies getting a much-needed boost from new easing measures from the country’s central bank.

Signs that Beijing was on a new course of monetary easing also provided crucial support for Chinese tech giants that have been hammered in recent months as they were caught in the clutches of a broad private sector crackdown. .

The People’s Bank of China on Thursday lowered a key bank lending rate for the second time in as many months, days after cutting its key rate for the first time since the pandemic hit.

In other markets, oil prices fell after a sharp rise this week on expectations of improved demand as economies reopen and unrest in the crude-rich Middle East raises concerns in material of supply.