The dollar is recovering slightly in calm trading in Asia, digesting some of the losses from the past week. The yen and Canadian dollar trail the greenback, while the Swiss franc leads the Europeans lower. But overall, major pairs and crossovers are limited inside Friday’s range, suggesting a lack of activity. The economic calendar is light today and trade could remain subdued. But there are plenty of important economic data forecast for the week, including inflation, retail sales and employment, which deserve attention.

EUR/GBP is a pair to watch this week as the UK government will finally announce a new fiscal plan on Thursday. In addition, the UK will release a batch of economic data. Technically, the 0.9267 corrective shape could be considered finalized with three waves down to 0.8570. The break of the resistance at 0.8827 will confirm this case. A further break of 0.8869 will open a stronger rebound towards 0.9267 high. Still, the break of 0.8689 support will likely extend the correction to 0.8570. 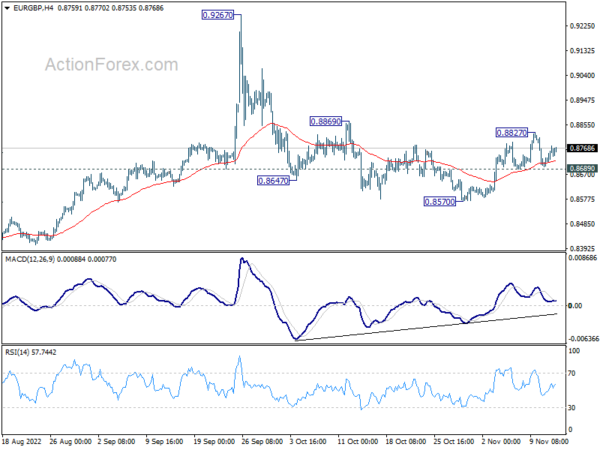 BoJ Governor Haruhiko Kuroda said in a speech that Japan’s situation “differs” from both the United States and the eurozone. The country is still “in the process of recovery”. The output gap has “stayed in negative territory” but is expected to “turn positive” at some point in the second half of this fiscal year. The inflation rate “has not increased on the demand side”. The current rise in inflation has been “led by rising import prices”, and the rate is expected to return to below 2% from fiscal 2023.

He reiterated that the BoJ “believes that it must pursue monetary easing and thus firmly support economic activity”. In doing so, “it aims to provide a favorable environment for businesses to increase wages and achieve the objective of price stability in a sustainable and stable manner, accompanied by wage increases”.

Regarding exchange rates, Kuroda said that “the sharp and abnormally unilateral weakening of the yen appears to have come to a halt, partly thanks to government intervention in foreign exchange.” He stressed that it is “important that exchange rates move in a stable manner, reflecting economic fundamentals”.

Fed Waller: Start paying attention to the endpoint, not the pace

Fed Governor Christopher Waller said over the weekend, “we’re at a point where we can start thinking maybe at a slower pace,” but “we’re not softening.”

Last week’s CPI report was “good, finally, that we saw some evidence that inflation was starting to come down, but I just can’t point out [enough] it is a data point. We’re going to have to see a continued streak of this type of behavior and inflation slowly start to come down, before we really start thinking about taking our foot off the brakes here,” he said.

More inflation data will be presented this week, including the CPI from the UK, Canada and Japan, as well as the PPI from the US, UK and New Zealand. In addition, retail sales data from China, the United States and the United Kingdom will be presented. Employment data will be released in the UK and Australia. In addition, RBA will publish the minutes of the meetings.

Here are some highlights of the week: 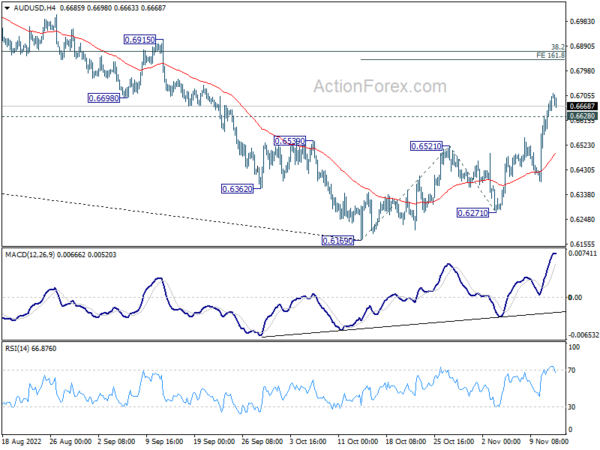 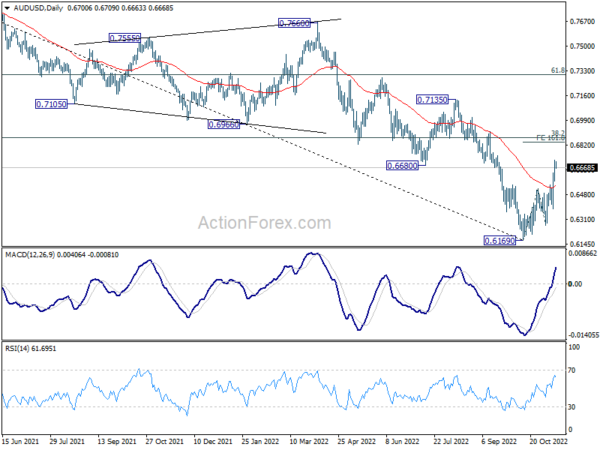